The History of our Pride

The observation of Pride in the Quinte area began more than ten years ago, with a summer event called Pride in the Park.  What began as a very small, quiet community picnic, pot luck and barbecue, rapidly began to grow into an afternoon of games and crafts, entertainment and a real sense of celebration. Many of the more recent additions to the day came about because of the young people – in particular some of the members of the youth support group called SAY OutLoud (see http://www.sayoutloud.ca).

In the summer of 2012, the youth group came up with the idea to host a parade or march on the way to the picnic site. Without time to obtain permits or coordinate traffic and security, organizing an actual parade wouldn’t be possible, so instead they decided to have a Pride Walk. On the day, about 40 people showed up – many, though not all of them, young people in their teens and twenties. Some wore costumes, a couple attended in drag, and many carried signs or rainbow flags.

This first walk was incredibly successful and empowering. There was good response from onlookers and cars passing by honked their horns in support – for many of the participants, the support from the community at large was a pleasant surprise and a source of joy and hope.

Given the response from the 2012 walk, a full-fledged Pride Planning Committee was formed and took on arrangements for both a parade and Pride In The Park to begin in the summer of 2013.

The committee originally sought a permit for approximately a dozen vehicles, and perhaps a hundred people.  At the time, they believed this goal to be extremely ambitious, but that it would give them a place to start.

Instead, on August 24th, 2013, 23 vehicles and 300 people walked or rode together down Front Street, along Dundas Street, and all the way to Zwicks Centennial Park by the Bay of Quinte.

Hundreds of people of all ages and backgrounds observed the parade from the sidewalks downtown, many clad in rainbow colours, waving flags, and cheering. After the parade, the resulting celebration of Pride in the Park saw its highest attendance to date, as several hundred people took part in the festivities, eating, drinking, and socializing with each other.

The mayor of Belleville kicked off the parade with a Pride Proclamation which had previously been unanimously adopted by City Council and a scroll from the then Premier of Ontario was read aloud to all. For the week before the parade, a rainbow flag flew proudly over Belleville City Hall.

In the years since that very first pride parade in Belleville, the Parade has continued to grow annually with the addition of new local businesses and community groups.   The popularity of the events has led to the development of Pride Week – the week leading up to the Parade and Pride in the Park – which includes activities for participants of all ages.

In 2019, what began as Belleville Pride officially became Bay of Quinte Pride, encompassing Quinte West and Prince Edward County.  It’s clear that the festival will continue for years to come – a symbol of how far the community has come in terms of visibility and acceptance, and a celebration of the diversity found even in our small corner of the province. 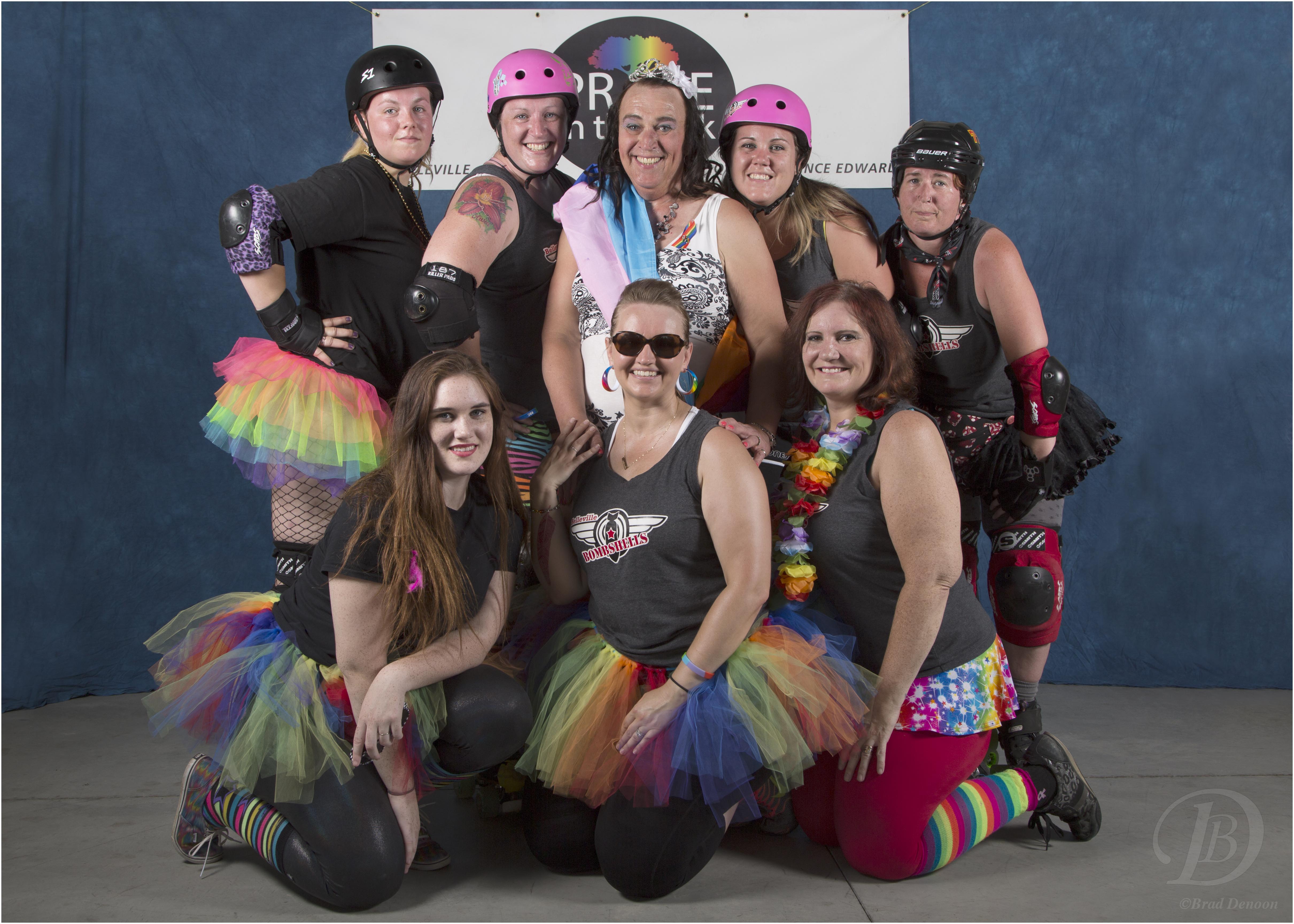